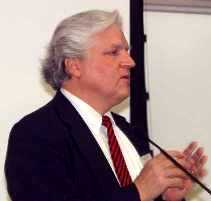 He is trained as an historian and social anthropologist. He completed his B.A. at Yale University (magna cum laude) in 1969 and undertook graduate work at the École Pratique des Hautes Études (VIe - Section) in Paris and at Balliol College, Oxford where he completed his doctorate (D.Phil) in 1977 as a Rhodes Scholar (New Hampshire, 1969). Mr. Weiskel has received research grants from the Danforth Foundation, the National Endowment for the Humanities, the Social Science Research Council, the Andrew W. Mellon Foundation, the Woodrow Wilson Foundation, the Lilly Foundation, the Henry Luce Foundation and the Rockefeller Foundation. He has taught African history, historical ecology, and ecological anthropology at Williams College, Yale University and Harvard University.

Dr. Weiskel has had field experience in Syria, Lebanon and throughout West Africa from Senegal to Gabon. In 1966-67 he worked as the West Africa Representative for the volunteer organization Operation Crossroads Africa, Inc. Since then he has returned to West Africa for field work among the Baule peoples of the central Ivory Coast. His field work and archival research on the history and anthropology of the Ivory Coast peoples led to the publication of French Colonial Rule and the Baule Peoples: Resistance and Collaboration, 1889-1911 (Oxford University Press, 1980). Since then he has published several broader articles on the ecological legacy of European colonialism and modern development strategies. Over the last several years he has worked on the environmental implications of public policy choices, and he is principal author of the recent work,Environmental Decline and Public Policy: Pattern, Trend and Prospect (1992), based upon testimony he presented to the United States Senate. Dr. Weiskel created and directed of the Environmental Ethics & Public Policy Program at the Harvard Divinity School from 1989 to 1999, where he taught courses in environmental ethics and religious perspectives on the environment. From 1992 until 2002 he was the founder and Director of the Harvard Seminar on Environmental Values, a university-wide program that invited members of all departments and graduate schools to reflect on environmental ethics in their respective fields. In addition he was the co-founder and he helps direct, the Working Group on Environmental Justice, of the W. E. B. Du Bois Institute for Afro-American Research. During the early 1990s Dr. Weiskel the Associate Director of the Pacific Basin Research Center of the Center for Science and International Affairs af the Kennedy School for Government at Harvard University. There he directed theInternational Trade and Environment Program. From 2001 to 2005 Dr. Weiskel was a Visiting Scholar at Emerson College's Institute for Liberal Arts and Interdisciplinary Studies. He currently teaches courses on Environmental Ethics, Environmental Justice and Global Climate Change at Emerson College and Harvard's Extension School.

Artigos publicados- pdf e artigos online
"A Public Policy for Plant Genetic Resources,"
"Food, Famine and the Frontier Mentality,"
"Rubbish and Racism: Problems of Boundary in an Ecosystem,"
"Agents of Empire: Steps Toward an Ecology of Imperialism,"
"The Ecological Lessons of the Past: An Anthropology of Environmental Decline,"
'"While Angels Weep..." Doing Theology on A Small Planet,'
"The Need for Miracles in the Age of Science,"
"Urbanization: A Doomed Experiment?"
"In Dust and Ashes: The Environmental Crisis in Religious Perspective,"
"New World, New Values: Religion, Belief, and Survival on a Small Planet,
"Environmental Decline and Public Policy,

"Selling Pigeons in the Temple: The Danger of Market Metaphors in an Ecosystem,"
"Designing Within The Possible: The Art and Theology of Engineering Sustainability,"
"Some Notes from Belshaz'zar's Feast," in The Greening of Faith: God, the Environment, and the Good Life Edited by John E. Carroll, Paul Brockelman and Mary Westfall (Hanover, London, University Press of New England, 1997), pp. 11-29.
"Bad Samaritans on a Small Planet: Rethinking 'Neighbor' in an Ecosystem,"
"Doing Theology on a Small Planet: The Role of Religion in Addressing the Dilemma, 'Where Do We Go From Here?'"
"The 'Apostles's Creed' for Ecologically Sustainable Public Policy." (1998).
"Denying the Evidence: Science and the Human Prospect,"