The Quest for Science by Joao Soares 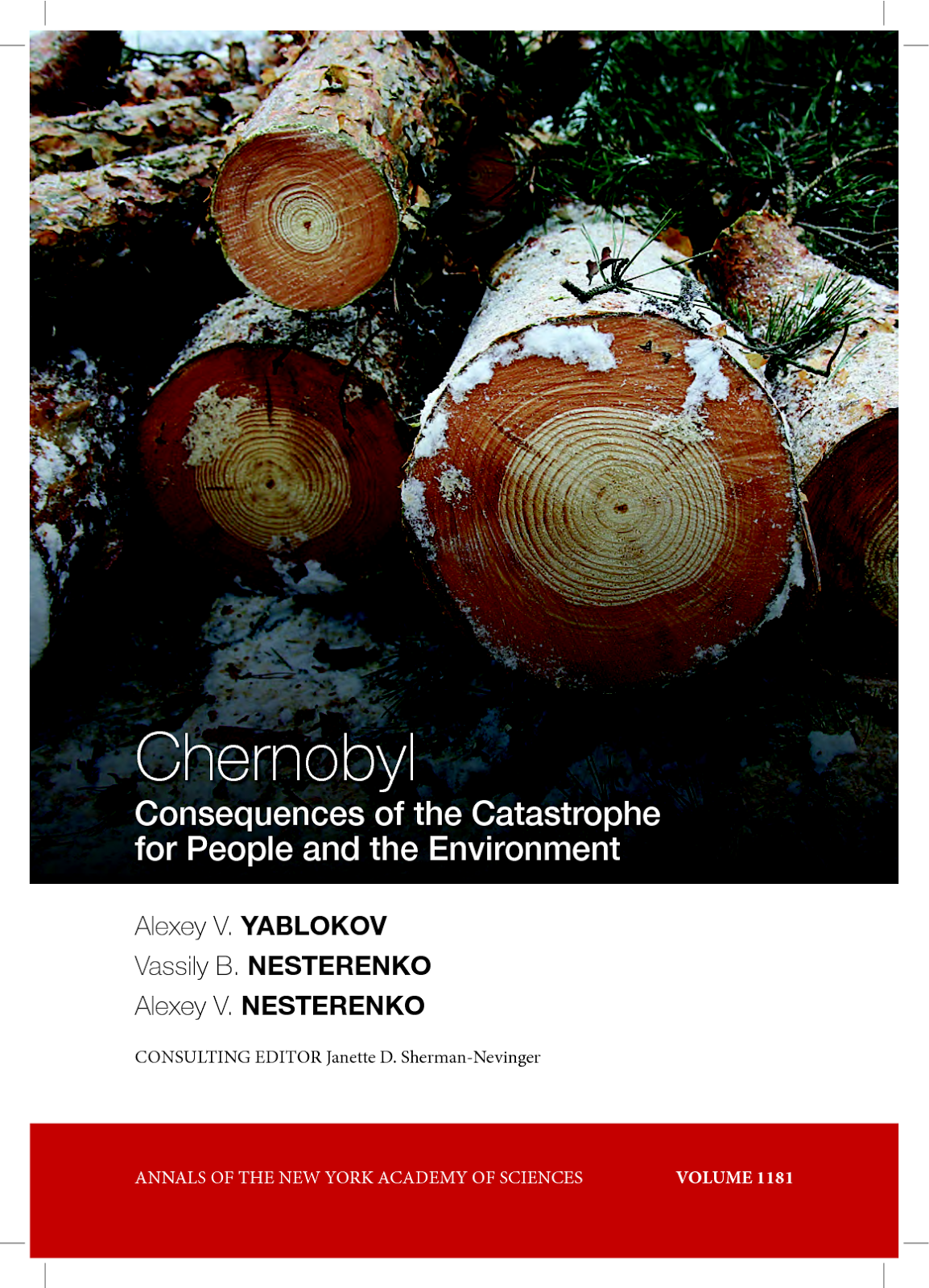 Alexey Yablokov é co-autor do  livro "Chernobyl: Consequences of the Catastrophe for People and the Environment"
Yabokov foi também o autor do relatório para a Greenpeace The Chernobyl Catastrophe Consequences on Human Health (2006) 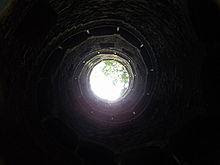 Matt Damon Hosts "Plan B: Mobilizing To Save Civilization"

WASHINGTON, D.C., March 25, 2011 --/WORLD-WIRE/-- “Plan B: Mobilizing to Save Civilization,” a documentary based on the book by environmental visionary Lester Brown, will be broadcast on PBS on Wednesday, March 30, 2011 at 10 p.m. Academy Award winner Matt Damon returns as on-camera host/narrator. Produced by Emmy Award-winning filmmakers Marilyn & Hal Weiner, “Plan B” is the 12th episode of the award-winning series Journey to Planet Earth, which reports on the most important environmental and sustainable development issues of the 21st century.
Publicada por João Soares à(s) 10:03 Sem comentários: 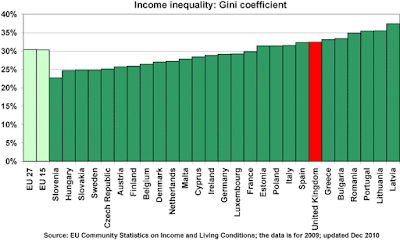 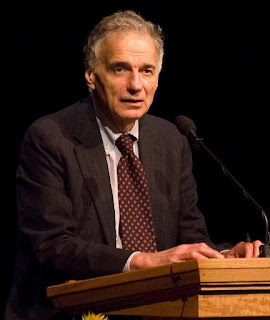 The unfolding multiple nuclear reactor catastrophe in Japan is prompting overdue attention to the 104 nuclear plants in the United States—many of them aging, many of them near earthquake faults, some on the west coast exposed to potential tsunamis.
Nuclear power plants boil water to produce steam to turn turbines that generate electricity. Nuclear power’s overly complex fuel cycle begins with uranium mines and ends with deadly radioactive wastes for which there still are no permanent storage facilities to contain them for tens of thousands of years.
Atomic power plants generate 20 percent of the nation’s electricity. Over forty years ago, the industry’s promoter and regulator, the Atomic Energy Commission estimated that a full nuclear meltdown could contaminate an area “the size of Pennsylvania” and cause massive casualties. You, the taxpayers, have heavily subsidized nuclear power research, development, and promotion from day one with tens of billions of dollars.
Because of many costs, perils, close calls at various reactors, and the partial meltdown at the Three Mile Island plant in Pennsylvania in 1979, there has not been a nuclear power plant built in the United States since 1974.
Now the industry is coming back “on your back” claiming it will help reduce global warming from fossil fuel emitted greenhouse gases.
Pushed aggressively by President Obama and Energy Secretary Chu, who refuses to meet with longtime nuclear industry critics, here is what “on your back” means:
1. Wall Street will not finance new nuclear plants without a 100% taxpayer loan guarantee. Too risky. That’s a lot of guarantee given that new nukes cost $12 billion each, assuming no mishaps. Obama and the Congress are OK with that arrangement.
2. Nuclear power is uninsurable in the private insurance market—too risky. Under the Price-Anderson Act, taxpayers pay the greatest cost of a meltdown’s devastation.
3. Nuclear power plants and transports of radioactive wastes are a national security nightmare for the Department of Homeland Security. Imagine the target that thousands of vulnerable spent fuel rods present for sabotage.
4. Guess who pays for whatever final waste repositories are licensed? You the taxpayer and your descendants as far as your gene line persists. Huge decommissioning costs, at the end of a nuclear plant’s existence come from the ratepayers’ pockets.
5. Nuclear plant disasters present impossible evacuation burdens for those living anywhere near a plant, especially if time is short.
Imagine evacuating the long-troubled Indian Point plants 26 miles north of New York City. Workers in that region have a hard enough time evacuating their places of employment during 5 pm rush hour. That’s one reason Secretary of State Clinton (in her time as Senator of New York) and Governor Andrew Cuomo called for the shutdown of Indian Point.
6. Nuclear power is both uneconomical and unnecessary. It can’t compete against energy conservation, including cogeneration, windpower and ever more efficient, quicker, safer, renewable forms of providing electricity. Amory Lovins argues this point convincingly (see RMI.org). Physicist Lovins asserts that nuclear power “will reduce and retard climate protection.” His reasoning: shifting the tens of billions invested in nuclear power to efficiency and renewables reduce far more carbon per dollar. The country should move deliberately to shutdown nuclear plants, starting with the aging and seismically threatened reactors. Peter Bradford, a former Nuclear Regulatory Commission (NRC) commissioner has also made a compelling case against nuclear power on economic and safety grounds.
There is far more for ratepayers, taxpayers and families near nuclear plants to find out. Here’s how you can start:
1. Demand public hearings in your communities where there is a nuke, sponsored either by your member of Congress or the NRC, to put the facts, risks and evacuation plans on the table. Insist that the critics as well as the proponents testify and cross-examine each other in front of you and the media.
2. If you call yourself conservative, ask why nuclear power requires such huge amounts of your tax dollars and guarantees and can’t buy adequate private insurance. If you have a small business that can’t buy insurance because what you do is too risky, you don’t stay in business.
3. If you are an environmentalist, ask why nuclear power isn’t required to meet a cost-efficient market test against investments in energy conservation and renewables.
4. If you understand traffic congestion, ask for an actual real life evacuation drill for those living and working 10 miles around the plant (some scientists think it should be at least 25 miles) and watch the hemming and hawing from proponents of nuclear power.
The people in northern Japan may lose their land, homes, relatives, and friends as a result of a dangerous technology designed simply to boil water. There are better ways to generate steam.
Like the troubled Japanese nuclear plants, the Indian Point plants and the four plants at San Onofre and Diablo Canyon in southern California rest near earthquake faults. The seismologists concur that there is a 94% chance of a big earthquake in California within the next thirty years. Obama, Chu and the powerful nuke industry must not be allowed to force the American people to play Russian Roulette!
Ralph Nader is a consumer advocate, lawyer, and author. His most recent book - and first novel - is, Only The Super-Rich Can Save Us. His most recent work of non-fiction is The Seventeen Traditions.
Site Oficial
Ralph Nader
Publicada por João Soares à(s) 00:02 Sem comentários:

Reducing speed limits on motorways: how good is it for the environment?

The theory is simple enough. Lower speed limits on motorways should reduce fuel consumption and pollutant emissions, particularly for passenger cars. Assuming smooth driving (little acceleration and braking), current technology passenger cars and total compliance with speed limits, it is estimated that cutting the motorway speed limit from 120 to 110 km per hour would reduce fuel consumption by 12 % for diesel cars and 18 % for gasoline cars.

Of course, these assumptions are quite artificial. In reality, a variety of factors are likely to limit the fuel savings, including the energy efficiency levels of the vehicle fleet, driving patterns, speeding and traffic congestion. In a more realistic scenario — including speed limit exceedances and frequent fluctuations in driving speeds — the actual fuel savings would be just 2–3 %.


Transport emissions must be cut

The debate around motorway speed limits is timely, given the urgent need to address global warming and air pollution.
Compared to 1990, the EU has significantly reduced its total greenhouse gas (GHG) emissions, with policy and technology helping break the link between economic growth and GHG emissions in almost all sectors. The only clear exception is transport, where GHG emissions actually rose by 25 % between 1990 and 2008 in the 32 EEA member countries (these numbers exclude the international maritime and aviation sectors).
Transport accounts for nearly 20 % of the European Union's greenhouse gas emissions with carbon dioxide (CO2) comprising the main component of transport emissions (99 %). Road transport is, in turn, the largest contributor to CO2 emissions from the transport sector (around 94 % in 2008), thus accounting for more than 18 % of the EU-27's total emissions. As such, Europe must tackle transport emissions if it is to achieve significant reductions in its overall GHG emissions.
Evidently, transport sector's impact on the environment is not limited to GHG emissions. Notwithstanding recent reductions in air pollutant emissions, road transport remains the largest emitter of nitrogen oxides (NOx) and the second largest contributor of pollutants forming particulate matter (PM). Lowering speed limits (thereby reducing fuel consumption) and cleaner technology, in particular for diesel vehicles, would reduce NOx and PM emissions and consequently help improve Europe’s air quality.


Cleaner technology is not enough

New vehicles are, on average, more energy-efficient than older vehicles. The recent EU regulation on cars and CO2 and the agreement on similar legislation for light commercial vehicles will improve this further. Unfortunately, however, full fleet penetration of these new technologies is expected to take almost two decades. Moreover, reductions in GHG emissions are likely to be offset by the expected growth in transport volumes. Other measures must therefore be considered to achieve cut GHG emissions and energy consumption in the short term.

Setting a speed limit requires striking a balance between mobility, safety and the environment. On a 200 km long trip, the reduction of the speed limit from 120 to 110 km/hour would mean an extra travel time of around eight to nine minutes, assuming perfect traffic flow.
Are European drivers ready to accept slightly longer travel times? The answer is probably "yes". According to a recent public poll (Flash Eurobarometer Report, no. 312, Future of Transport), about two thirds of EU citizens were willing to compromise a car's speed in order to reduce emissions.
The reality on the roads, however, appears to be quite contradictory. Around 40–50 % of drivers (up to 80 % depending on the country and type of roads) drive above legal speed limits ([1]). Clearly, drivers' theoretical support for lower limits is not enough. Compliance and tighter enforcement are also essential to achieve concrete results.


If life is a catwalk, run like a dog. Se a vida é uma passarela, corre como um cão.

With well over 300 hours in the making, more than 200 stencils involved and too many cold nights spent outside on my knees getting the shots, I am very happy (and relieved) to finally share this with you. Through the course of shooting 'Nowhere Near Here', I have dealt with curious drunks, a dog almost peeing on the camera (the irony is not lost on me, haha), the endlessly suspicious police and even someone nearly running off with a tripod.


This is street art, this is life and thank you for watching. 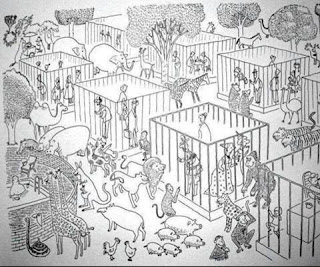