Men have become the tools of their tools

And Sit Down Beside Me, by Patrick Watson

"I think the environment should be put in the category of our national security. Defense of our resources is just as important as defense abroad. Otherwise what is there to defend?"
Robert Redford

Música do BioTerra: The Chameleons - Intrigue In Tangiers

With fading powers,we sit for hours by a television screen
With funny cigarettes and talk for hours of the places that we've seen

With fading powers, we dream of hours that'll never come again
Old defenders are themselves defenceless when the mad attack the sane

What can you do, when you see no future in front of you?
Food for the few
So many it seems, stand in front of you
I see my face reflected there in a sweating brow.
You hate what you see, but what can be done when there's no way out
No way out 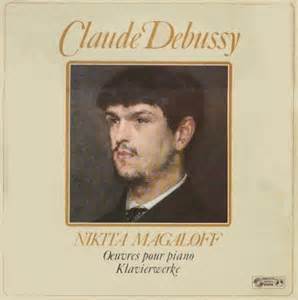 The Eucalypt Invasion of Portugal

Just a short drive from the Portuguese university town of Coimbra, in Vale de Canas, a sea of eucalypts extends to the horizon in all directions. The tallest tree in Europe sprouted here 120 years ago, in a deep, foggy gorge. “Karri Knight”, as the tree is known, is a lone Eucalyptus diversicolor piercing the sky at 72 metres. The brown and white–trunked giant was measured using a laser hypsometer by a team of self-professed “gum nuts” in 2010. Native to Western Australia, Karri Knight is nearly as far from home as I am.

Popular for ornamental and medicinal reasons, eucalypts were introduced to Europe in the late 18th century by British and French botanists, including Sir Joseph Banks. By the 19th century there was almost no native woodland left in Portugal and, in 1866, some 35,000 eucalypts were planted around Coimbra in an effort to control devastating erosion. The thinking also went that the trees would help to drain swamplands and reduce the incidence of malaria.

Almost a century later, Scandinavian timber companies began buying up vast parcels of Portuguese land to grow Eucalyptus globulus, or blue gums, to pulp for paper. The vast plantations crippled village economies, many of which still relied on communal farming, by usurping land and lowering the water table.

“Portugal was not in a position to guard against those projects,” says Pedro Bingre, the regional director of Portugal’s major environmental group, Quercus, named after the native cork oak tree that, thanks in part to the proliferation of eucalypts, is in steady decline. “By the early ’70s Portugal was fighting wars in three African countries, so we needed the money. Special laws were created for the expansion of the eucalyptus.”

Now the exotic blue gum is the most abundant tree in Portugal, covering about 7% of the land. Walking through Vale de Canas beneath the towering gums feels bizarrely familiar, but Portuguese gum forests are deathly quiet. “Our fauna can’t feed on it; they can’t find refuge in it. Our insects can’t eat eucalyptus, so there are no birds,” says Bingre. “We should introduce koalas. At least there would be something cute to look at.”

Plantation eucalypts are grown in rotation periods of 12 years, during which time the undergrowth is cleared at least twice. “In a native oak forest you’d find, in one hectare of woodland, at least 70 or 80 species of plant,” says Bingre. “In a eucalyptus forest, you would hardly find more than 15.”
But it was the drying up of village water supplies that sparked a groundswell of opposition to the “eucalyptisation” of Portugal. “Ever since the mid ’70s people have been protesting,” explains Bingre.

Paulo Bernardo de Andrade, one of Quercus’ co-founders, was among the original plantation opponents. “One of the most effective protests was to pull out the baby trees,” he tells me, sitting in his dining room in Coimbra. “We used to chain ourselves to the machinery used to excavate the earth, too.” He smiles ruefully. “That was the ’70s. Things have changed.”

Today, Quercus sees education as its best strategy, helped by evolving technology. Currently Brazil produces twice as much pulp per hectare as its former colonial master, and Portugal only remains competitive because of the high cost of transporting pulp from Brazil to Europe. Meanwhile, demand for paper is declining. “People are buying less newspapers, less magazines,” says Bingre. “Some studies say that in 20 or 30 years’ time there won’t be enough demand to justify these huge plantations of eucalyptus, which will be a new problem for us. It’s very unlikely that the landowners and pulp-producing companies will be willing to convert their plantation forest back into native cork forest. It would be very expensive.” Screw-top wine caps have nobbled demand for cork, at least abroad, and it doesn’t help that eucalypts are particularly hardy, capable of regrowing up to three times after harvesting. In many parts of Portugal, eucalypts already grow wild. “As does the Australian wattle tree,” Bingre tells me. “The two trees are very aggressive species.”

To local environmentalists, the gum tree is to Portugal what the rabbit is to Australia. But de Andrade can find one redeeming feature. “Eucalyptus, it’s good for some things,” he says, pulling a long, slender object wrapped in bright fabric from the corner of the room. The didgeridoo is covered in a pattern of curls that he has marked into the wood using a small blowtorch. He gives me a quick demonstration and is surprisingly proficient. “It’s easier to make these out of bamboo or balsawood,” he says, testing its weight in one hand. “But eucalyptus is more special, I think.”
Publicada por João Soares à(s) 07:54 Sem comentários: