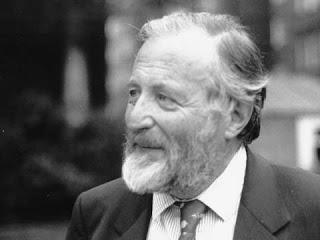 Edward Goldsmith, the founder of the Ecologist and one of the world's foremost green thinkers, has died at the age of 81

Goldsmith ( known almost universally as Teddy) had been suffering from a long-term illness and died peacefully in his sleep on Friday 21st August. He is survived by his second wife, Katherine Goldsmith, and five children.

Teddy's long and eventful life saw him found the Ecologist in 1970 and edit it for twenty years, run as a People Party (later to become the Green Party) political candidate for Suffolk in the general election of 1973, and publish a string of books (the most well known of which is A Blueprint for Survival ), written in collaboration with the first Ecologist editorial team and published in 1972 to great acclaim.

Teddy's signature legacy has been to promote the importance of systems ( and ecological thinking within the environmental movement, and to highlight the importance of learning from indigenous peoples and tribal societies ) ideas that were considered highly heretical when he mooted them in 1970s.

His later books, including what some consider to be his magnum opus, The Way: an Ecological Worldview, attempted to fuse anthropology, religion and science to develop a hybrid understanding of man's relationship to the natural world.

Teddy's nephew and director of the Ecologist, Zac Goldsmith said:
Teddy was a huge figure for me personally, and a key figure historically. A pioneer of the green movement, he was responsible perhaps more than anyone else for waking us up from our collective slumber. He was determined, brave, utterly inspiring, stubborn and more often than not, he was right.

Colin Hines, a contemporary of Teddy and a pioneer of the localisation movement, said:
My abiding memory of Teddy was of his good nature (most of the time!), his wonderful storytelling and the fact that he was innately a ‘gentleman’ in all the best senses of that word - a word of another era - as in a way was he.

Mark Anslow, editor of the Ecologist, said:
We live and breathe Teddy's legacy every day. His rigorous thought processes and endlessly interrogative approach to environmental issues help guide the Ecologist's editorial process: never taking developments at face value, and always asking the bigger, wider questions. He will be fondly remembered, and sorely missed.