I had the pleasure of sitting down with April Davila to discuss her new project called Month Without Monsanto. For the month of March she is trying to go without Monsanto products in her life. That means not ingesting GMO foods, not wearing cotton clothing, or using any skin care products that may have been produced with GMO or biotech ingredients. She’s got her work cut out for her, but I think she can do it!

I’m excited to follow her journey so I too can become a better consumer. I personally don’t want to support Monsanto in any way, so April’s blog will make sure I know my stuff when it comes to being a consumer.

Here’s a little video that will tell you more about April and Month Without Monsanto. More interview questions are after the video. I really hope that you will join April and follow her during the month of March. (sorry the video quality kept getting dark then light again)

The Blissful Chef: What are some horrifying things you’ve found in your research on Monsanto?

The thing I have found the most shocking so far is this quote from Phil Angell, Director of Corporate Communication for Monsanto:

“Monsanto should not have to vouch for the safety of biotech food, our interest is in selling as much of it as possible. Assuring its safety is the FDA’s job.”

The Blissful Chef: Do you think there’s any hope of fighting the agriculture-evil that is Monsanto?

To answer this question I need to step back and say that I don’t think Monsanto is evil. Monsanto is an agricultural company that exists to make money. They’re good at it. I’m not interested in raging against their attempts to keep investors happy.

What does get me excited is the idea that we, as consumers, have the power to accept genetically modified organisms or not. There is absolutely hope for our future. A recent report from the ISAAA stated that only 2.7% of all agricultural land was devoted to GM crops last year, and most of those yields went to feed livestock. Of the 25 countries that currently allow cultivation of GM crops, seven of them saw a reduction in the number of acres devoted to GM crops in 2009.

The Blissful Chef: What can we do to help you on your quest or help our families & friends go “Without Monsanto”?

The best thing we can do is get involved in the conversation. My goal with the blog is really to open up a dialogue and get people talking about what’s in our food. The more we know, the more we can shop with confidence and feel good about what we’re eating.

The Blissful Chef: Is it possible for the everyday person to go Without Monsanto?

I certainly hope so. Ask me on March 31st.

Thank you again April for sitting down with me and taking on this month-long mission to go without Monsanto. I will be right along with you this month and hopefully some of you will join her too! Don’t forget to subscribe to the blog Month Without Monsanto and follow her on Twitter @WithoutMonsanto.
Publicada por João Soares à(s) 14:32 Sem comentários: 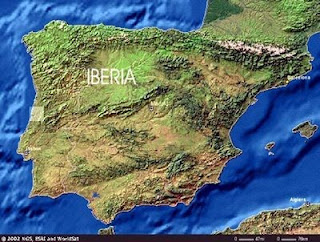 E-livro A Cartoon History of The George Dubya Bush Administration

Who will be the next science and technology (S&T) superpowers?

Want to know who will be economically stronger in the next decade or two? It will most likely be countries that have good emerging science and technology capabilities or what I call S&T bench strength.

Since it takes about a 5-15 or more years to take a scientific discovery and turn it into a commercial venture, we need to look at trends over several decades. Once upon a time, all you had to do was look to the US to find all the leading edge innovation in most industries. Not any more.

If we use the number of peer-reviewed academic scientific papers that are published annually as a proxy for S&T strength, then clearly the USA is still number one with about 250,000 -260,000 papers published per year. That's twice as much as China, who is in second spot with about 120,000 papers per year. Then we get a cluster of several nations at 50,000 to 60,000 paper such as Japan, the UK and Germany. The next cluster comes in a 30-35,000 paper range (ie France, Canada, India, Rep of Korea,historic FSU (ie Russia, Ukraine etc). Brazil rounds out the top ten at around 22,000 papers per year.

That list of academic titans correlates nicely with their relative economic strength.

But the gross numbers only tell half the story. If we look at growth rates over the last 30 years, we see a different picture.

Countries like US and Canada and even Europe as a whole, while high in gross total numbers have been fairly stagnant in growth over the past 30 years.

Who are the S&T growth leaders in the past 30 years. You will be surprised. No it's no China.

In contrast, the following are below world average growth.

But then quantity may not always equate to quality (i.e frequency of science citations) and number of breakthroughs or milestone discoveries. A number of science watchers accuse China of doing alot of incremental copycat, me-to research.

There is also a distinct English language and western media bias to cover primarily western science and far less of a tendency to generally cover discoveries from around the world. So consequently, the politicians, business and the public doesn't have a clear view of the discoveries in other parts of the world, such as the Middle East or even countries from the former Soviet Union (FSU)

But in general, the moral of the story is: there's innovation and novel discovery all around the world and not just the USA any more.

Source: Science Metrix and The Web of Science (Thompson Reuters)


Rokia Traoré is a singer/songwriter/guitarist /dancer from Mali.
In many parts of West Africa, professional musicians are often from a certain lowly caste called the 'griots'. However, Traoré's family are from the Bamana ethnic group who do not observe this restriction so strictly. Therefore when Rokia was young she was able to sing with others at wedding celebrations, despite coming from a privileged background.
As Rokia's father was a diplomat, her family spent a lot of time in different countries while Rokia was growing up. She came into contact with many local and international styles of music, although her parents were reluctant for her to become a musician. When she was a bit older Rokia stayed at the lycée in Bamako while her parents were in Brussels and there she developed her voice and first performed in public.
In 1997 she met Ali Farka Toure who gave her quite a lot of guidance and then in 1998 she recorded her first album, Mouneïssa. The tracks on 2000's Wanita CD are all in Bamanan except 'Château de sable', which is in French. Her lyrics cover issues like respect, traditions and relationships. She is joined by Boubacar Traoré on the track 'Mancipera'. Coco Mbassi does the backing vocals on several tracks and Toumani Diabaté plays kora. Hauntingly beautiful gentle tracks make this a real treasure trove. The hallmark of Rokia's music is trance-like rhythms, in contrast to many of the other women musicians from Mali like Kandia Kouyate. The accompanying instruments Traore chooses are unique as they are traditional like the balafon (giant wooden xylophone) and the tiny n'goni, which are not normally heard together. She also uses kora and calabash percussion.

A Teoria do Superorganismo Humano

Albert Einstein once said that "The true value of a human being can be found in the degree to which he has attained liberation from the self".
For years our traditional view of 'self' was restricted to our own bodies; composed of eukaryote cells encoded by our genome.
However, in the era of omics technologies and systems biology, this view now extends beyond the traditional limitations of our own core being to include our resident microbial communities.
These prokaryote cells outnumber our own cells by a factor of ten and contain at least ten times more DNA than our own genome.
In exchange for food and shelter, this symbiont provides us, the host, with metabolic functions far beyond the scope of our own physiological capabilities.
In this respect the human body can be considered a superorganism; a communal group of human and microbial cells all working for the benefit of the collective - a view which most certainly attains liberation from self.

The human superorganism – Of microbes and men by João Soares 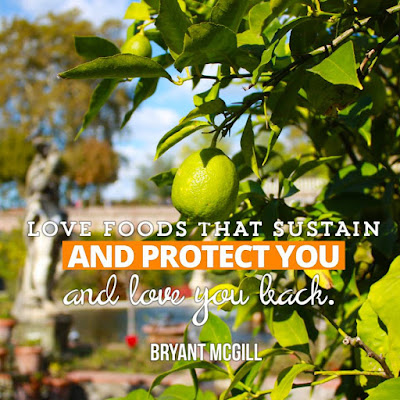 View all
Get your own

What Really Happened in Copenhagen? 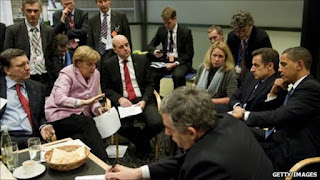