In 2015, molecular oncologist Jennifer Byrne was surprised to discover during a scan of the academic literature that five papers had been written about a gene she had originally identified, but did not find particularly interesting.
“Looking at these papers, I thought they were really similar, they had some mistakes in them and they had some stuff that didn’t make sense at all,” she said. As she dug deeper, it dawned on her that the papers might have been produced by a third-party working for profit. 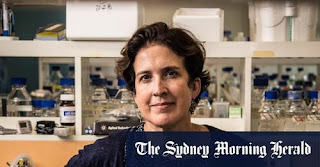