Countries are under mounting pressure to resolve carbon trading rules at Cop26, as the future of the Clean Development Mechanism hangs in the balance 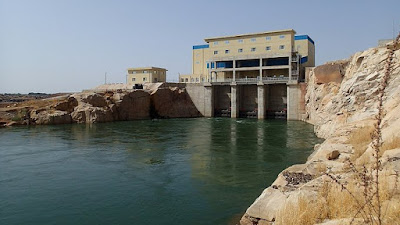 A group of technocrats have agreed not to approve any new projects under a UN-led carbon market until countries agree on common rules for global carbon trading – raising the stakes for a prompt resolution of the issue.
The executive board of the Clean Development Mechanism (CDM) has been discussing whether to keep the controversial market alive beyond the end of its mandate on 31 December 2020 for months and without political guidance from countries.
Established under the 1997 Kyoto Protocol, the CDM allowed rich countries to meet some of their climate obligations by funding carbon-cutting projects in the developing world. That protocol has been superseded by the Paris Agreement, which requires every country to contribute climate targets.
Industry groups lobbied the board to extend the market’s activities until countries agree on a new carbon trading scheme, which, at the earliest, will happen at the Cop26 climate talks in Glasgow in November 2021. Campaigners warned the move risked undermining the Paris Agreement and prejudicing the negotiations.
Following another contentious meeting, board members reached a compromise on Monday. They will continue to process requests for registering projects, renewing crediting periods, and issuing credits beyond this year, but any approvals will be provisional.
Projects and credits will only be formally registered and issued if national delegates agree at Cop26 to continue the CDM’s work beyond 2020.
“It is in the hands of parties to decide on what happens next,” Lambert Schneider, of Germany, a CDM board member, told Climate Home News.
UK plans climate donor conference to address ‘dismal’ support for poorer nations
Gilles Dufrasne, policy officer at NGO Carbon Market Watch, said the decision confirmed there was “no legal basis for the CDM to continue operating post-2020” – a position shared by the European Union and the Alliance of Small Island States, which both wrote to the CDM board ahead of the meeting.
“This is a good and logical decision,” Dufrasne told Climate Home. Although provisionally approving projects could generate “political pressure” on countries meeting in Glasgow next year to allow these projects to go ahead, he said.
At the latest UN climate talks in Madrid in December 2019, countries expressed support for a transition period to allow the CDM mechanism to fold into the new Paris regime but stark differences remained on how this might be implemented.
The compromise was welcomed by the industry lobby group Ieta, whose president Dirk Forrister described it as “offering a lifeline to CDM offset projects around the world”.
It was also endorsed by the Project Developer Forum, a global network of companies and stakeholders that develop emissions reduction projects.
While board members, who do not officially represent their national governments, congratulated the meeting’s chair on Monday for finding a landing zone, the issue has exposed stark divisions over the role and mandate of the CDM in the Paris regime.
In final remarks during Monday’s meeting, José Miguez, of Brazil, who argued for an extension of the CDM, said he agreed to the compromise as “the only possible outcome” that would “allow this mechanism to continue to exist without additional disruptions”.
Miguez said the deal didn’t address the uncertainty over the future of the mechanism faced by stakeholders, saying the board had been “contaminated by the political discussion”. “The continuation of the CDM should not be subject to political interpretation of the legal text,” he said.
His comments echoed a letter from the Brazilian government to the CDM board sent ahead of the meeting.
Comment: I am proud to have negotiated the Paris Agreement, at my first UN summit
On the ground, developers will be asked to accept the risk that projects presented for registration after 2020 may never be able to issue credits that can be sold as emissions reductions.
“It’s pretty much kicking the can down the road,” said Sandeep Roy Choudhury, the co-founder and director of VNV Advisory, an Indian social enterprise which develops climate-related projects in South and South-East Asian communities, supporting the work of more than 50 NGOs in the region.
The agreement “explicitly states that we present new projects at our own risk, so that’s not very comforting is it?” he told Climate Home.
While developers won’t have to pay any of the usual fees unless and until the projects are formally registered, this is hardly an incentive to submit new projects for approval, Choudhury said. Fees account for only a small share of the cost of developing a proposal.
While Choudhury said he was likely to take the risk and submit a couple of new projects for provisional approval in the hope that countries agree a transition mechanism for the CDM at Cop26, others might not.
“I do hope this acts as a needle to move countries to resolve this quickly. It does raise the stakes a little bit higher still,” he said.
Publicada por João Soares à(s) 23:12