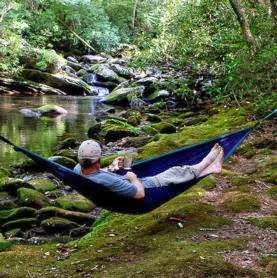 Freelance writer and meditation teacher Michael Taft has experienced his own version of cerebral congestion. “In a normal working day in modern America, there’s a sense of so much coming at you at once, so much to process that you just can’t deal with it all,” Taft says. In 2011, while finalizing plans to move from Los Angeles to San Francisco, he decided to take an especially long recess from work and the usual frenzy of life. After selling his home and packing all his belongings in storage, he traveled to the small rural community of Barre, Mass., about 100 kilometers west of Boston, where every year people congregate for a three-month-long “meditation marathon.”

Taft had been on similar retreats before, but never one this long. For 92 days he lived at Insight Meditation Society’s Forest Refuge facility, never speaking a word to anyone else. He spent most of his time meditating, practicing yoga and walking through fields and along trails in surrounding farmland and woods, where he encountered rafters of turkeys leaping from branches, and once spotted an otter gamboling in a swamp. Gradually, his mind seemed to sort through a backlog of unprocessed data and to empty itself of accumulated concerns. “When you go on a long retreat like that there’s a kind of base level of mental tension and busyness that totally evaporates,” Taft says. “I call that my ‘mind being not full.’ Currently, the speed of life doesn’t allow enough interstitial time for things to just kind of settle down.”

Many people in the U.S. and other industrialized countries would wholeheartedly agree with Taft’s sentiments, even if they are not as committed to meditation. A 2010 LexisNexis survey of 1,700 white collar workers in the U.S., China, South Africa, the U.K. and Australia revealed that on average employees spend more than half their workdays receiving and managing information rather than using it to do their jobs; half of the surveyed workers also confessed that they were reaching a breaking point after which they would not be able to accommodate the deluge of data. In contrast to the European Union, which mandates 20 days of paid vacation, the U.S. has no federal laws guaranteeing paid time off, sick leave or even breaks for national holidays. In the Netherlands 26 days of vacation in a given year is typical. In America, Canada, Japan and Hong Kong workers average 10 days off each year. Yet a survey by Harris Interactive found that, at the end of 2012, Americans had an average of nine unused vacation days. And in several surveys Americans have admited that they obsessively check and respond to e-mails from their colleagues or feel obliged to get some work done in between kayaking around the coast of Kauai and learning to pronounce humuhumunukunukuapua'a.