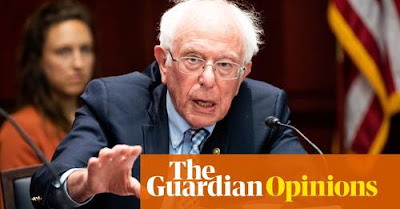 The latest International Panel on Climate Change (IPCC) report is clear and foreboding. If the United States, China and the rest of the world do not act extremely aggressively to cut carbon emissions, the planet will face enormous and irreversible damage. The world that we will be leaving our children and future generations will be increasingly unhealthy and uninhabitable.
But we didn’t really need the IPCC to tell us that. Just take a look at what’s happening right now: A huge fire in Siberia is casting smoke for 3,000 miles. Greece: burning. California: burning. Oregon: burning. Historic flooding in Germany and Belgium. Italy just experienced the hottest European day ever. July 2021 was the hottest month ever recorded. Drought and extreme weather disturbances are cutting food production, increasing hunger and raising food prices worldwide. Rising sea levels threaten Miami, New York, Charleston and countless coastal cities around the world in the not-so-distant future.
In the past, these disasters might have seemed like an absurd plot in some apocalypse movie. Unfortunately, this is now reality, and it will only get much worse in years to come if we do not act boldly – now.
The good news is that the $3.5tn budget resolution that was recently passed in the Senate lays the groundwork for a historic reconciliation bill that will not only substantially improve the lives of working people, elderly people, the sick and the poor, but also, in an unprecedented way, address the existential threat of climate change. More than any other legislation in American history it will transform our energy system away from fossil fuels and into energy efficiency and sustainable energy.
This legislation will be a long-overdue step forward in the fight for economic, racial, social and environmental justice. It will also create millions of well-paying jobs. As chair of the Senate budget committee my hope is that the various committees will soon finish their work and that the bill will be on the floor and adopted by Congress in late September.
Let me be honest in telling you that this reconciliation bill, the final details of which are still being written, will not do everything that needs to be done to combat climate change. But by investing hundreds of billions of dollars in the reduction of carbon emissions it will be a significant step forward and will set an example for what other countries should be doing.
Here are some of the proposals that are currently in the bill:
Massive investments in retrofitting homes and buildings to save energy.
Massive investment in the production of wind, solar and other forms of sustainable energy.
A major move toward the electrification of transportation, including generous rebates to enable working families to buy electric vehicles and energy-efficient appliances.
Major investments in greener agriculture.
Major investments in climate resiliency and ecosystem recovery projects.
Major investments in water and environmental justice.
Major investments in research and development for sustainable energy and battery storage.
Billions to address the warming and acidification of oceans and the needs of coastal communities.
The creation of a Civilian Climate Corps which will put hundreds of thousands of young people to work transforming our energy system and protecting our most vulnerable communities.
The Budget Resolution that allows us to move forward on this ambitious legislation was passed last Wednesday at 4am, by a vote of 50-49 after 14 hours of debate. No Republican supported it, and no Republican will support the reconciliation bill. In fact, Republicans have been shamefully absent from serious discussions about the climate emergency.
That means that we must demand that every Democrat supports a reconciliation bill that is strong on solutions to the climate crisis. No wavering. No watering down. This is the moment. Our children and grandchildren are depending upon us. The future of the planet is at stake.
Bernie Sanders is a US senator and the chair of the Senate budget committee
Publicada por João Soares à(s) 21:28