Flow, my tears, fall from your springs!
Exiled for ever, let me mourn;
Where night's black bird her sad infamy sings,
There let me live forlorn.

Down vain lights, shine you no more!
No nights are dark enough for those
That in despair their lost fortunes deplore.
Light doth but shame disclose.

Never may my woes be relieved,
Since pity is fled;
And tears and sighs and groans my weary days
Of all joys have deprived.

From the highest spire of contentment
My fortune is thrown;
And fear and grief and pain for my deserts
Are my hopes, since hope is gone.

Hark! you shadows that in darkness dwell,
Learn to contemn light
Happy, happy they that in hell
Feel not the world's despite.

The World at 7 Billion People: How Much More Growth Can the Planet Support?

With global population expected to surpass 7 billion people this year, the staggering impact on an overtaxed planet is becoming more and more evident.

Yale Environment 360 / By Robert Engelman
Demographers aren't known for their sense of humor, but the ones who work for the United Nations recently announced that the world's human population will hit 7 billion on Halloween this year. Since censuses and other surveys can scarcely justify such a precise calculation, it's tempting to imagine that the UN Population Division, the data shop that pinpointed the Day of 7 Billion, is hinting that we should all be afraid, be very afraid.

We have reason to be. The 21st century is not yet a dozen years old, and there are already 1 billion more people than in October 1999 — with the outlook for future energy and food supplies looking bleaker than it has for decades. It took humanity until the early 19th century to gain its first billion people; then another 1.5 billion followed over the next century and a half. In just the last 60 years the world's population has gained yet another 4.5 billion. Never before have so many animals of one species anything like our size inhabited the planet.

And this species interacts with its surroundings far more intensely than any other ever has. Planet Earth has become Planet Humanity, as we co-opt its carbon, water, and nitrogen cycles so completely that no other force can compare. For the first time in life's 3-billion-plus-year history, one form of life — ours — condemns to extinction significant proportions of the plants and animals that are our only known companions in the universe.

Did someone just remark that these impacts don't stem from our population, but from our consumption? Probably, as this assertion emerges often from journals, books, and the blogosphere. It's as though a geometry text were to propound the axiom that it is not length that determines the area of a rectangle, but width. Would we worry about our individual consumption of energy and natural resources if humanity still had the stable population of roughly 300 million people — less than today's U.S. number — that the species maintained throughout the first millennium of the current era?
It is precisely because our population is so large and growing so fast that we must care, ever more with each generation, how much we as individuals are out of sync with environmental sustainability.

Our diets, our modes of moving, and our urge to keep interior temperatures close to 70 degrees Fahrenheit no matter what is happening outside — none of these make us awful people. It's just that collectively, these behaviors are moving basic planetary systems into danger zones.

Yet another argument often advanced to wave off population is the assertion that all of us could fit into Los Angeles with room to wiggle our shoulders. The image may comfort some. But space, of course, has never been the issue. The impacts of our needs, greeds, and wants are. We should bemoan — and aggressively address — the gross inequity that characterizes individual consumption around the world. But we should also acknowledge that over the decades-long span of most human lifetimes, most of us are likely to consume a fair amount, regardless of where and how we live; no human being, no matter how poor, can escape interacting with the environment, which is one reason population matters so much. And given the global economic system and the development optimistically anticipated in all regions of the world, we each have a tendency to consume more as that lifetime proceeds. A parent of seven poor children may be the grandparent of 10 to 15 much more affluent ones climbing up the ladder of middle-class consumption.

This, in fact, is the story of China, often seen not as an example of population's impact on the environment but that of rapid industrialization alone. Yet this one country, having grown demographically for millennia, is home to 1.34 billion people. One reason the growth even of low-consuming populations is hazardous is that bursts of per-capita consumption have typically followed decades of rapid demographic growth that occurred while per-capita consumption rates were low.

Examples include the United States in the 19th and 20th centuries, China at the turn of the 21st, and India possibly in the coming decade. More immediately worrisome from an environmental perspective, of course, is that the United States and the industrialized world as a whole still have growing populations, despite recent slowdowns in the growth rate, while already living high up on the per-capita consumption ladder.
Publicada por João Soares à(s) 11:33 Sem comentários:

Música do Bioterra: Cocteau Twins - She Will Destroy You 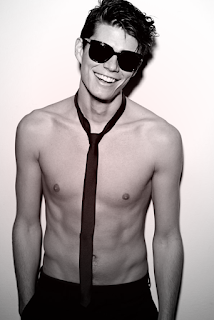 *   Jurisdictions marked with an asterix are ranked according to their opacity score.

"Letter" to the Middle Class: "You Have Every Right to Make Government Work for You"

"Better the occasional fault of a government that lives in a spirit of charity, than the consistent omissions of a government frozen in the ice of its own indifference" -- FDR, 1940.

"Does anyone really believe that these companies, out of the goodness of their black oil hearts, are spending millions and millions of dollars to protect jobs?...They are blatantly trying to manipulate the will of the people and the public good... Their motivation is self-serving greed".

This same concept applies to insurance companies that oppose the public option (or medicare-for-all), manufacturing companies that support subsidizing moving jobs overseas, or the maintenance of tax havens, and so forth. Fourth, when you are bombarded with "information" purporting to predict indirect consequences, just support direct, straightforward actions that will help you. Remember, Ronald Reagan predictions about the dire future for America under Medicare:

The doctor begins to lose freedom... So a doctor decides he wants to practice in one town and the government has to say to him, you can't live in that town. You have to go someplace else. And from here it's only a short step to dictating where he will go... All of us can see what happens once you establish the precedent that the government can determine a man's working place and his working methods, determine his employment. From here it's a short step to all the rest of socialism, to determining his pay. And pretty soon your son won't decide, when he's in school, where he will go or what he will do for a living. He will wait for the government to tell him where he will go to work and what he will do.

For example, Medicare is a direct, straightforward program -- if you are over 65, you are guaranteed health care. Period. End of story. The American people ignored Ronald Reagan's nonsense about indirect consequences, had Medicare enacted and have enjoyed its benefits ever since. [Years later, Reagan denied opposing Medicare].
Same with social security. It is a guaranteed payment. When you reach retirement age, you get it.
Raising taxes on the wealthy increases revenues to the government, reduces deficits, enables investments. Direct, straightforward. If they try to skirt the law, nail them.
Investing in clean, domestically produced energy means people have to be employed to produce it, here at home. No overseas nonsense. Right here, in your America. And, if they tell you that if you scrap oil subsidies, you have to get rid of the others, you answer: "when solar, wind, biofuels, wave-generated electricity have had subsidies for 75 years like the oil companies have had, come talk to us".
Fifth, when they tell you that "government doesn't know how to do X or Y", say, "sure, government makes mistakes, but so does every other human institution, and at least it is trying to help the middle class". Consider your situation for the last several decades. Government that supported your interests was mercilessly attacked. The only reason your air is clean, or water remains pure, or drugs remain safe and effective, or food is safe, is that regulations and agencies already on the books were not so readily dislodged. And, the government spawned the internet, contained the bird flu, pushed the frontiers of science forward in multiple fields that spawned innovation.
But, with the war on your right to have government fulfill your interests, your income remained stagnant, or you lost your job. Healthcare costs skyrocketed, and you may have been denied coverage. The value of your home, your major asset, evaporated -- assuming you are still in it. Your retirement funds, other than social security, were wiped out. As the character Elaine said in response to Seinfeld's comment that getting married would be a big change for her, "Jerry, it's 2:30 in the morning, I'm at a cock fight. What am I hanging on to?".
Lastly, recognize that you are all in this together, that your strength is in numbers. Do not let them pit one group against another. Small farmers and urban workers, shopkeepers and public employees, your interests are aligned. When Scott Walker (R-WI) lies to you that public employees' salaries or benefits are higher than yours, do not even bother refuting it -- instead, join together to increase yours.
You have every right to make government work for you. Do it.