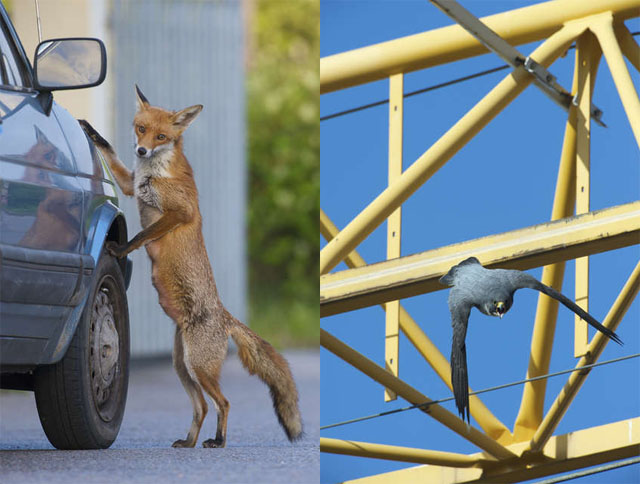 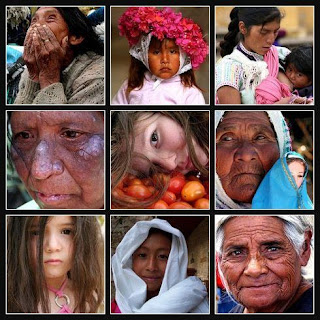 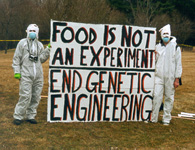 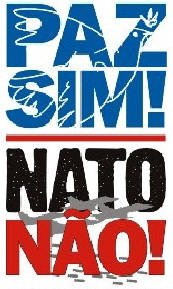 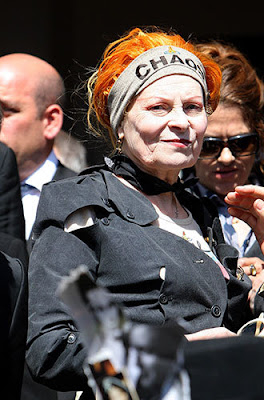 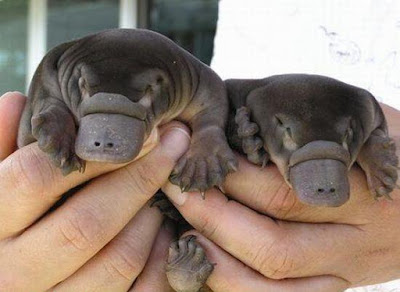 McGill Study Asks “Are We Adapting to Climate Change?”

Delegates from around the world are preparing for the UN climate change talks that kick off in Mexico at the end of the month. While debate over emissions targets continues to rage in the wake of last year’s talks in Copenhagen, there is one area where nations agree: we’re going to have to adapt.
Yet despite the newfound interest in adaptation, it remains unclear if adaptation is possible or what challenges we will face. A study released last week in the prestigious scientific journal Global Environmental Change, led by Dr Berrang-Ford at McGill University, sheds light on these questions. Posing the question, Are we adapting to climate change?, the study highlights that adaptation is already taking place and is possible but is piecemeal and ad hoc in nature.
“Human beings will have to adapt to climate change, but there is little evidence of a coherent strategy for adaptation efforts. A strategy or framework for adaptation is clearly needed at international to local levels,” says Dr. Lea Berrang Ford, Assistant Professor of Geography at McGill University. “While we have highly developed methods and frameworks for assessing greenhouse gas emissions within the climate change debate, our ability to track and monitor adaptation is underdeveloped. In the face of the climate changes scientists say we’re already locked into, this is a problem. If we’re to adapt successfully, we have to start taking action now.”
“Most scientific work on adaptation looks at prescriptions or takes a theoretical approach, looking at what needs to be done,” explains the study’s co-author Dr. James Ford. “In this study we actually looked at what has been done to adapt.” The authors will continue to refine their study’s methodology in order to track adaptation progress over time.
“We wanted to take a snapshot of what adaptation is actually occurring, so we developed a technique to rigorously track adaptation progress. One big surprise was that there are fewer reports of adaptation taking place in North America than there are in Africa,” says Ford. However, Ford notes that there is more attention shifting to adaptation and that more reports are now being published that were not ready in time to be included in the McGill review.
“If we are to adapt to climate change, then we need to consider how this can be accomplished as seriously as we debate mitigation,” says Berrang Ford. “What does adaptation look like? Where are our time and money best spent with respect to adaptations? What targets should we aim for?”
“We should be talking not just about ‘Should we mitigate and who should pay?’ but also ‘How do we move forward with the changes that we are locked into?’ and ‘Can we identify new environmental and economic opportunities through adaptation?’. “

Strange Charm: A Song about Quarks 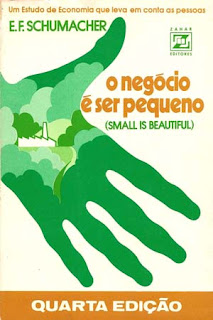 Why is everything running out at the same time? We did a series on Planet Green where we looked at why those basic things that we take for granted, like water, food and fuel are getting expensive and scarce, all at once.

Peak Corn:
Blame Earl Butz. Richard Nixon and Gerald Ford's Secretary of Agriculture brought in the Farm Bill that dramatically increased the amount of corn produced in America. He encouraged farmers to "get big or get out," and to plant crops like corn "from fence row to fence row." Further billions in subsidies to farmers encouraged production, and soon America was awash in cheap grain, and with it cheap meat. Food costs as a portion of the American diet dropped to the lowest level in history; we became corn. Michael Pollan writes: "If you eat industrially, you are made of corn. It holds together your McNuggets, it sweetens your soda pop, it fattens your meat, it is everywhere. It is fed to us in many forms, because it is cheap- a dollar buys you 875 calories in soda pop but only 170 in fruit juice. A McDonalds meal was analyzed as almost entirely corn." ::More


Peak Oil
In 1956, American geophysicist M. King Hubbert calculated that the rate of production of fossil fuels would peak in the United States in about 1970 and then start declining. He was laughed out of the conference room. However, ultimately he was proven correct; now we are probably at the worldwide Hubbert's Peak. A hundred years ago you just stuck a pipe in the ground and the oil rushed out; now it is not so easy, and America's oil comes from deep under the ocean, is cooked out of rocks in Alberta, or is purchased from nations with security issues. Now the United States, Canada, Norway, and the United Kingdom are well past their peak, while Saudi Arabia and Russia are approaching it. Oil is still being found (there was a recent big hit in Brazil, and there are thought to be big reserves in the Arctic.) but it harder to get at and a lot more expensive. ::More


Peak Dirt
Really, Peak Dirt- the world is losing soil 10 to 20 times faster than it is replenishing it. Drake Bennett in the Boston Globe tells us that dirt is complicated stuff, made from sand or silt, then years of plants adding nutrition, bugs and worms adding their excrement, dying and rotting.
"The resulting organic matter feeds a whole underground ecology that aerates the soil, fixes nutrients, and makes it more hospitable for plant life, and over time the process feeds back on itself. If the soil does not wash away or get parched by drought, it very gradually thickens. It takes tens of thousands of years to make 15 centimeters of topsoil, about 6 inches' worth." ::more


Peak Gas
The headline in our local paper today: Natural gas bills to soar by 20 per cent. What is going on?
Blame the price of oil. Everyone knows that the price of oil is way up, but it is an international commodity. Natural gas, on the other hand, usually is subject to more local rules of supply and demand in North America alone. However it does follow the market. Director of Energy Policy Malini Giridhar of Enbridge Gas told the Star: "Oil trades between 6 to 12 times the price of natural gas,The price ratio is now 11 times, which is close to the upper end of the range." Commodities markets are pushing up natural gas in reaction to higher oil prices, she said, rather than to gas supply and demand. ::More


Peak Water
We have lots of water in the States, so much that we can let it just flow over Niagara Falls, right? How did it get to the point where there are such problems in Georgia and the Southwest?
Blame Willis Carrier. Before he invented air conditioning,not many people lived in the American Southwest, it was just too hot for much of the year. It was only after World War II, when air conditioning became common and affordable, that the mass migration of people and industry could happen from cooler Northern states to California, Nevada and Arizona. Without AC, Atlanta and Florida are almost uninhabitable. ::More


Peak Electricity
It was a cool summer in 2003; it wasn't until the middle of August that we got a serious heat wave. By then, all of the air conditioners were pumping full blast and the electrical grid was running at almost full capacity. On August 14, a branch fell on a power line near Cleveland, Ohio. A software bug failed to trigger alarms, and power started surging through other lines, causing a cascading failure that shut down 100 power plants across the Northeastern United States and Canada. In some parts of the affected area, it took almost a week before things were back to normal.
Has the system been improved since then? Do we have additional generating capacity and more transmission lines? No, we still have what Bill Richardson called "a superpower with a third-world electricity grid." ::More


Peak Rice
They are rationing rice in Costco and Wal-Mart; People have started panic buying and hoarding. In Manila, they post armed guards around it. The price of rice has trebled, and the World Bank says 33 countries are facing civil unrest. What is going on?
Blame rats. First of all, most of the rice in America is sold to Asians for whom it is a staple; it really doesn't take much of a panic to run out of Basmati rice over here. Most rice is eaten in the country where it is grown, and only 6 percent of the rice crop is traded around the world. In some countries, as much as 17 percent of the crop is eaten by rats; so good secure rice storage might be the first place to start. ::More


Peak Metal
When my dad was a teenager, his first job at the in-law's family auto parts company was to retrieve the batteries from cars that they bought before they were stolen for their lead content. A generation later, you had to pay an extra tax to the government to get rid of the batteries. Now, we are back to a time my late father would recognize- that metals are too scarce and too valuable to just leave around unprotected.
They just built a new soccer stadium in Toronto, Canada, with lovely aluminum bleachers; before the stadium even opened, someone unbolted the seats and carried them away. In Scotland, the "Great Drain Robbery" involves shipping manhole covers to China. In India, eight people have died, falling into open manholes after their covers were stolen. In Baltimore, thieves cut down and carted away 136 aluminum lamp posts. In California thieves can remove a platinum-filled catalytic converter in ninety seconds. Copper? Stealing it is a growth industry all over the world, as it hits four bucks a pound- two years ago it was a buck and a quarter. ::More 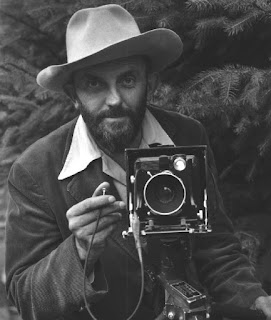 It is horrifying that we have to fight our own government to save the environment ~ Ansel Adams [http://www.anseladams.com/]
Publicada por João Soares à(s) 00:09 Sem comentários: Hiperligações para esta mensagem 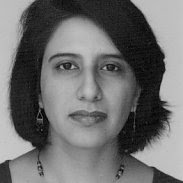 Anju Sharma, The Reformed Financial Mechanism of the UNFCCC: Renegotiating the role of civil society in the governance of climate finance, OIES EV50, March 2010. Available at Oxford Energy
To what extent have existing institutions for climate change finance succeeded in bringing the voices of poor and disadvantaged sections of civil society to the decision-making table? This paper by Anju Sharma analyses the models for civil society engagement adopted by the Global Environment Facility and the World Bank’s Climate Investment Funds. It finds that both do little more than provide an occasional venue for a poorly defined entity called 'global civil society' to voice concerns, where interactions are limited to one-off events rather than a continuous and integrated process of mutually beneficial engagement. The paper calls on civil society to use the strengths and legitimacy they bring to the process to renegotiate the terms of their engagement, calling particularly for a more ‘bottom-up’ process for bringing local voices to the fore; resources for sustaining and improving the quality of civil society engagement; and formalised processes of mutual accountability. 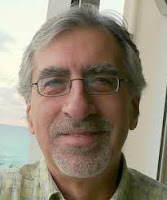 Luis Gomez-Echeverri, The Reformed Financial Mechanism of the UNFCCC: Promoting Transparency and Accountability, OIES EV 51, March 2010. Available at Oxford Energy
The fight against climate change needs the full engagement of developing countries. And for this to happen argues Luis Gomez-Echeverri national institutions with the capacity to identify priorities and manage the resources for action are urgently needed. The report focuses on the institutional needs and best practices already found.
Publicada por João Soares à(s) 00:04 Sem comentários: Hiperligações para esta mensagem 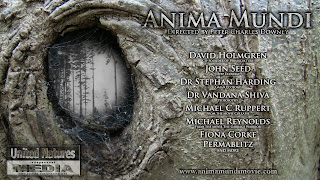 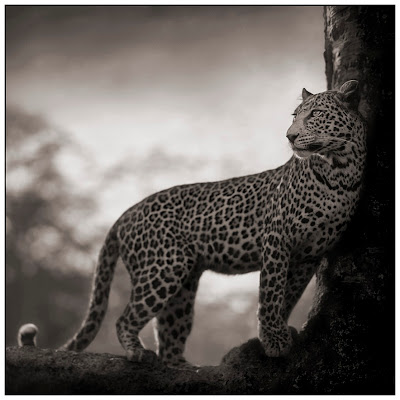 The Story of Bottled Water (Português)


The Story of Bottled Water (Português) from Guilherme Machado on Vimeo.