The Siberian wildfires have already burnt an area twice the size of Austria, and many aren't even being controlled. Smoke is covering the arctic. This is a vast climate catastrophe out of sight of the world's media. 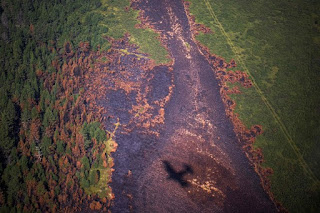