The idea that humans aren't separate from nature redefines life, language and knowing. 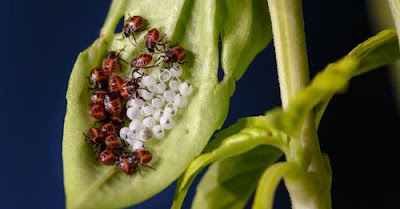 The theory of autopoiesis 50 years on.
The popular slogan ‘we are Nature defending itself’, seen at environmental protests across the world, says something about how the idea that humans are not separate from nature is becoming far more mainstream.
From this perspective, as readers of Resurgence & Ecologist will know, the climate and biodiversity crises are intrinsically linked with the fate of humanity and the living planet.
A key reason for this understanding is the work of Chilean biologists Humberto Maturana and Francisco Varela, who published their theory of autopoiesis, which defined life as a system of interactions, in 1972.
Division
Fifty years later, as we face the sixth mass extinction, the legacy of this theory is now more relevant than ever.
Maturana died just one year ago. His systems approach led him to study the organisation of life, rather than its components separately, seeing life as an uninterrupted circular process of self-creation.
This is the fundamental basis of Maturana and Varela’s Santiago theory of cognition, which identified the process of knowing as the activity that allowed the self-generation of living systems – cognition is the process of life. In the case of humans, this includes language and conceptual thought.
Although autopoiesis does not answer the old question of what life is, it tells us what life does. Many scientists consider it one of the best scientific definitions of life.
In the view of the physicist Fritjof Capra, the Santiago theory of cognition is “the first scientific theory that really overcomes the Cartesian division of mind and matter” and “for the first time, we have a scientific theory that unifies mind, matter, and life.”
Absolute
Lynn Margulis became interested in autopoiesis in her search for the microbiological foundations of Gaia theory. Both the Gaia hypothesis and autopoiesis state that organism and environment co-evolve coupled; there is not one without the other.
Self-regulation on a planetary scale would also be a form of autopoiesis: life creating the suitable environment for the creation and subsistence of life itself.
Why has this theory spread to so many fields of knowledge? Because it redefines life, language and knowing. This just changes everything, including what we understand by reality and consciousness.
Maturana states that reality is different for every living being because it is perceived according to the sensory processes of each organism.
Therefore no living being has access to a reality independent of its own organism, and therefore no one can claim to have access to an absolute truth.
Organisms
We always knew in science that an absolute truth is not reachable: the Santiago theory provides a theoretical basis for it, undermining one of the most important assumptions of modern science: objectivity.
The ‘truth’ arises in conversations, as a consensus with others, and therefore constantly changes according to each historical moment.
Moreover, as beings living in language, each new truth (accepted idea) has the potential to change us too: paradoxically, language creates reality as well.
But, contrary to our current understanding, for Maturana emotions are more important than language and reason: “We humans are emotional beings that use reason to justify or deny according to our own preferences.”
Why are these ideas relevant for the future? They free us from a worldview separated between body and mind, subject and object, organisms and environment, hard and soft sciences, individual and society.
Transformation
They show us that in evolution, cooperation is stronger than competition. Instead of being in a race for getting to the ultimate truth through reasoning, we are free to decide how we want to be.
To achieve that depends on our ability to reach consensus together through language as the cooperative behaviour that made us humans.
Democracy is not simply a system of government, but rather a way of living in mutual acceptance. What we believe really matters because we are co-creating our reality as we think it.
In conclusion, the ideas of Humberto Maturana involve a radical shift in the understanding of life, opening the door to possibility and whole systems transformation towards a more just existence among us humans and with the rest of the living world.
This article first appeared in the Resurgence & Ecologist magazine, out now.
Publicada por João Soares à(s) 18:00