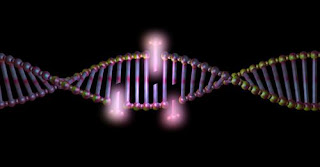 Bayer has made its cell and gene therapy ambition known through two buyouts that fed a new division dedicated to the cutting-edge technologies. Now, the German conglomerate is adding more building blocks to the strategy with a gene editing deal potentially worth over $1 billion.
Bayer teamed up with Mammoth Biosciences to work on genome editing therapies. For $40 million upfront, Bayer gains access to Mammoth’s CRISPR toolbox, which grew out of the lab of CRISPR pioneer Jennifer Doudna, Ph.D. More than $1 billion in option exercise fees and potential milestones are up for grabs, and Bayer will fund research and pay royalties tied to sales.
For Bayer, the partnership beefs up the firm’s cell and gene therapy projects after its recent acquisitions of BlueRock Therapeutics and Asklepios BioPharmaceutical. As for Mammoth, the deal marks the California biotech’s first Big Pharma tie-up since its foundation in 2017.
The strategic collaboration involves five preselected indications with an initial focus on liver diseases. The companies aren’t disclosing the specific indications, but they are all monogenic diseases, Peter Nell, Mammoth’s chief business officer and head of therapeutic strategy, told Fierce Biotech in an interview.
Some of them are rare diseases, and some are more prevalent disorders, but “it’s not like common diseases,” Nell said. Based on that description, nonalcoholic steatohepatitis, or NASH, is probably out of the picture.
Mammoth is focused on novel CRISPR systems that have different Cas proteins as genetic scissors, including Cas14 and CasΦ systems. The goal is to design smaller and more precise gene editing tools to have better editing efficiency and safety compared with the first-generation Cas9 system, Lucas Harrington, Ph.D., Mammoth’s co-founder and chief scientific officer, said during the interview.
“There’s very clear advantages to having more compact cargo in terms of the quality and … stability,” Harrington said. “By looking at the cargo we’re actually able to solve the delivery problem” of CRISPR, which has proven challenging. Plus, a small size could also allow for the potential addition of other elements to the CRISPR treatment, he added.

Peter Nell (left) and Lucas Harrington, Ph.D.
(Mammoth Biosciences)
Besides the Cas protein engineering, Mammoth’s CRISPR family can latch on to different target areas in the genome, Harrington added. This is thanks to the system’s recognition of a protospacer adjacent motif, a short DNA sequence flanking the target that restricts where the CRISPR-Cas can make the cut.
Mammoth’s CRISPR expertise means it can choose the best system for Bayer’s projects, Nell said. The small biotech will be responsible for coming up with the best design for gene editing therapies during the research phase.
“Mammoth’s novel technology has the potential to enable genome editing that might not be possible with other Cas nucleases,” Stefan Oelrich, Bayer’s pharmaceuticals chief, said in a statement. “Their technology enhances gene editing to a next level, their novel very compact CRISPR-Cas system allows expanded targeting, a high fidelity and flexible delivery.”
Before the Bayer deal, Mammoth had signed a similar pact—its first—with Vertex in October focused on in vivo gene editing therapies for two unidentified genetic diseases. The biotech also has a diagnostic arm that’s working on COVID-19 tests.
Bayer, for its part, made a big bet on gene therapy in 2020 with the AskBio acquisition potentially worth $4 billion. From the adeno-associated-virus-based gene therapy specialist, Bayer gained three clinical-stage assets targeting Pompe disease, congestive heart failure and Parkinson’s disease.
The company’s lead gene therapy program, BAY 2599023, a factor VIII gene therapy designed for hemophilia A and developed in partnership with Ultragenyx, is in phase 1/2 test.
Publicada por João Soares à(s) 12:31