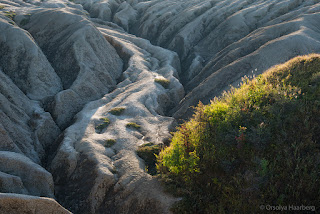 James Maskalyk is an emergency physician, associate professor in the University of Toronto’s Faculty of Medicine and author of the forthcoming book Doctor: Heal Thyself. Dave Courchene is the founder of the Turtle Lodge International Centre for Indigenous Education and Wellness and chair of its National Knowledge Keepers’ Council.
If humanity is to endure, the coming months must hold healing, not just of populations across the globe from the coronavirus, but of the Earth herself. As is true of many zoonoses (diseases that jumped from animals), this virus emerged from pressure humans put on a global ecosystem.
A lack of healthy, natural habitat weakens the immune systems of animals and the resulting sicknesses pass rapidly through them. Birds, prairie dogs, pigs, bats. With each infection, a chance for a virus to mutate into one that can sicken humans, and sometimes, global livelihoods. As such, a vaccine alone, no matter how effective, will not tip the balance toward health because COVID-19 is not a disease; it is a symptom of an exhausted planet. The renewal of a healthy relationship to our one shared mother, planet Earth, is the cure.
There is good news. We do not need to wait to determine how, because the answer is already here, and has been known for thousands of years. It is in the wisdom and sacred teachings of Indigenous people across the world. They have the deepest connection to the spirit of the Earth and its history, and from this intimacy, healing can occur.
This is neither speculation nor fantasy. A 2019 study from the University of British Columbia, looking at biodiversity in Canada, Australia and Brazil, found more species of birds, animals and amphibians on land managed by Indigenous people, even greater than in national parks. In the same year, a collaboration involving 50 countries and more than 500 scientists, the Intergovernmental Science-Policy Platform on Biodiversity and Ecosystem Services (IPBES), concluded that human activity and the resultant lack of biodiversity allowed for five new diseases to emerge every year with the potential to infect humans. They noticed that Indigenous land, though it faced the same pressures, was eroding less quickly. Capturing their knowledge, and expanding their stewardship, was cited as necessary for a healthier world.
No one created the problems that threaten to overwhelm us from malice. Not the plagues, nor climate change, nor extinctions. They have occurred as side effects of a system whose rapid growth is both encouraged at all costs, and blind to natural limits.
If the Earth is as alive as both climate scientists and Indigenous peoples say, and like a body, kept well by a diversity of cells, deeply connected, then the medical diagnosis that fits most neatly our modern sickness is not an infection, but a malignancy. If unaddressed, it threatens to use every last joule of energy, not from need, but from appetite until only it, and a husk, remain. As the IPBES concluded, we must “decouple the idea of a good and meaningful life from ever-increasing material consumption.” This must be the priority of our Group of 20 leaders, who met recently to talk about “recovery.” The solution will not be found by beating back the symptoms so we might return to business as usual, but fanning the flame of aliveness of the beautiful and healthier world beyond them that is in retreat.
This past summer, at Turtle Lodge in Manitoba, a sacred Anishinaabe lodge of traditional teaching and wellness, Indigenous knowledge keepers from coast to coast met and discussed challenges affecting their communities and the world. Their main concern was a disconnect of people from the land and its lessons. In that rupture, like a break in the body’s immune system, sickness has crept. Opiate and alcohol addiction, anxiety and depression. COVID-19. We can learn from the line of inquiry of some traditional healers, who instead of asking their patients first about their pain, start with a more direct question: Who are you?
We have forgotten who we are. There is a remedy held in the gathering statement of the Turtle Lodge National Knowledge Keepers’ Council, and endorsed by Indigenous people across six continents. On Dec. 21, as the Earth reaches equilibrium and begins its solstitial yaw, we are all invited, Indigenous and those of us displaced from our traditional lands, to light a sacred fire, and keep it burning throughout the day. A fireplace, a candle. In its flame, the sun’s light, the Earth’s gifts, and our own spirit. It is the first step toward knowing our nature, and that of the planet, as not two, but one.
We are of the Earth, and have everything we need to heal. The cure for COVID-19 is here. It is us.