Rokia Traoré is a singer/songwriter/guitarist /dancer from Mali.
In many parts of West Africa, professional musicians are often from a certain lowly caste called the 'griots'. However, Traoré's family are from the Bamana ethnic group who do not observe this restriction so strictly. Therefore when Rokia was young she was able to sing with others at wedding celebrations, despite coming from a privileged background.
As Rokia's father was a diplomat, her family spent a lot of time in different countries while Rokia was growing up. She came into contact with many local and international styles of music, although her parents were reluctant for her to become a musician. When she was a bit older Rokia stayed at the lycée in Bamako while her parents were in Brussels and there she developed her voice and first performed in public.
In 1997 she met Ali Farka Toure who gave her quite a lot of guidance and then in 1998 she recorded her first album, Mouneïssa. The tracks on 2000's Wanita CD are all in Bamanan except 'Château de sable', which is in French. Her lyrics cover issues like respect, traditions and relationships. She is joined by Boubacar Traoré on the track 'Mancipera'. Coco Mbassi does the backing vocals on several tracks and Toumani Diabaté plays kora. Hauntingly beautiful gentle tracks make this a real treasure trove. The hallmark of Rokia's music is trance-like rhythms, in contrast to many of the other women musicians from Mali like Kandia Kouyate. The accompanying instruments Traore chooses are unique as they are traditional like the balafon (giant wooden xylophone) and the tiny n'goni, which are not normally heard together. She also uses kora and calabash percussion. 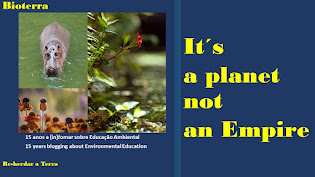